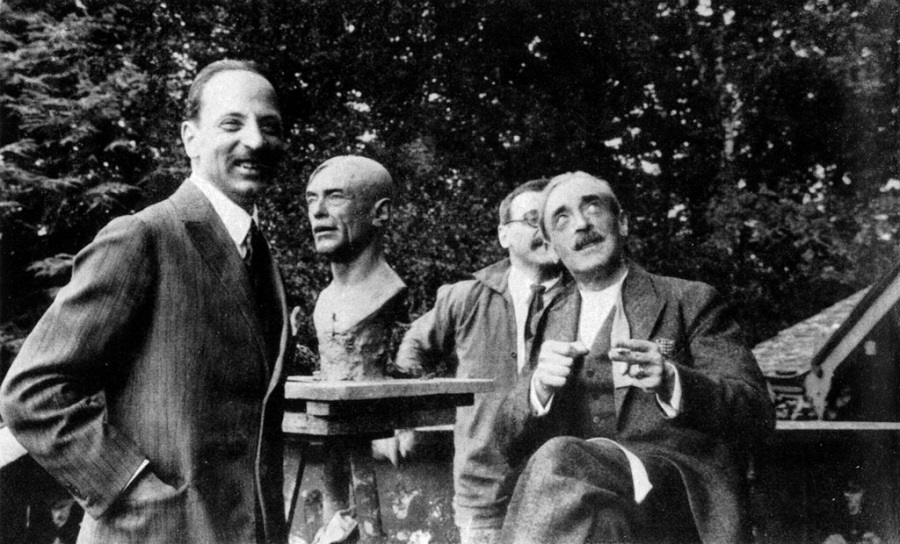 Rainer Maria Rilke (left) and Paul Valéry, at Anthy, Switzerland, in September, 1926. Valéry was, perhaps, the living poet whom Rilke most admired. Rilke had published a superb translation of "Le Cimetière marin" in 1921, followed by German renderings of other works by Valéry, enough for a volume, Paul Valéry: Gedichte, which appeared the year before this photograph was taken. Valéry could not read German and had no experience of Rilke's German poems in their original language, but he expressed admiration for the poems in French that Rilke was writing feverishly during these years and had published several of them in his magazine, Commerce. The two poets look happy, which is always rare enough in photographs of Rilke, and which might serve as an indication of his pleasure in meeting Valéry, especially considering that Rilke was already suffering quite badly from leukemia. He died in December of this same year.

My translations of three of Rilke's French poems are online today at
The Adirondack Review.